Never thought I'd say that! Here is what I woke up to. I check craigslist each morning and evening for a camera and today I found one for sale for $275. Good deal, but problem is it's coming from Miami. Craigslist users usually say no when shipping is involved. I inquire anyway, couldn't hurt to ask. He accepts - 10 dollar shipping charge. I send the money, he ships the item. In a matter of 90 minutes of waking up I've purchased my FZ50 at a pretty darn good price (comes with card and original accessories). I have unbranded knock off remote shutter + AC Adapter coming in next week for an added $20. If my DV Cam works as a converter, thats 305 for the entire setup... whew! 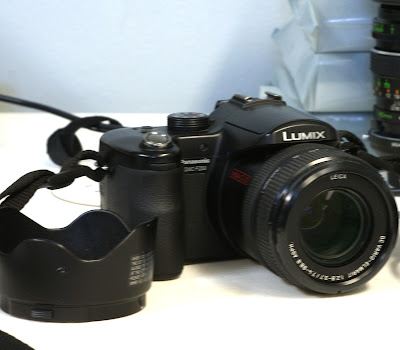 There's a seller on ebay selling his right now for 245 (15 dollars for shipping) for a total of 260. I've talked to the guy because he has no feedback yet, hes a new member. He seems legit though and even took close-up pics for me. 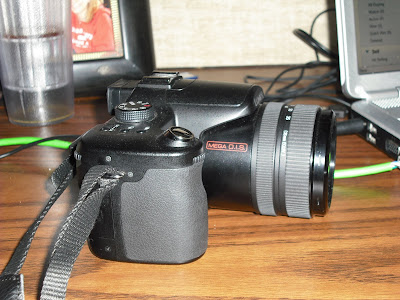 I had just paid for the craigslist Lumix right before this ebay seller sent me his message so it's a bit too late for me now. It looks really clean and if you're in the market for one or know someone who is... I suggest you contact him and decide for yourself. Here's the link for anyone interested:
Panasonic Lumix FZ50(ends sometime tomorrow).
Comes with everything from the original box and maybe a bit more. Fantastic price!

And that's not all! I spoke with Chuck Duke about a possible interview with him for Stop Motion Magazine (after talking to John about it of course) and they both gave me the go ahead! Really excited about this. I hope I do justice when presenting Chuck's story. I've mentioned him before, but I really didn't grasp just how seasoned he is. Shot from his independent film:

This man is quite the stop motion beast, as well as a Visual FX artist and CG Animator. A Renaissance Man! And his name is just cool. Honestly, if we were given jobs based on how our names sounded, Chuck Duke would definitely be a superhero.

So today was an extremely pleasant day. I wouldn't be surprised if a certain someone who owed me a certain amount of money surprisingly sent me a certain transaction that fell upon this day. *Checks outside for mailman*.

While I was searching for the Lumix FZ50, I took some time to revisit some old movies (I say old but they were released in the 80s / 90s). I watched some Ron Howard movies: Splash with Tom Hanks and Daryl Hannah

and Cocoon with Don Ameche.

I REALLLLY miss movies that have that whimsical heart-felt feeling seeping through the film. Cocoon made me weep like a baby and I'm not embarrassed to say it.

Notting Hill has some of my favorite movie moments of all time, including a fluid non-stop track shot depicts passing time through visuals and song.

I'll be striving to revisit the days of compelling dialogue and story telling in future projects to come. Stop motion is usually tied to these crazy really-out-of-the-box ideas and themes... maybe a "normal" film in stop motion wouldn't be bad :)

This is argue-able of course. Anyway, I'm happy to be part of the FZ50 club and can't wait to get my hands on Dragon Stop Motion.
Posted by tonychauzer at 1:30 PM 3 comments:

Welp, I didn't think that saying farewell to a camera would be so hard... but it surprised me. I had really come to love the look and feel of the D70 and it pains me to let it go. I wasn't sure if my uncle was still in the market for one and as soon as I brought it up today when he visited, he paid me cash right then and there and took it home. The best thing about it was that I had finally gotten used to it's controls and interface, but on to other news. 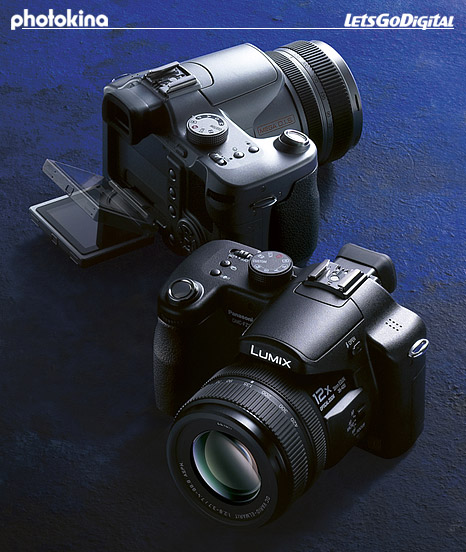 Panasonic Lumix FZ50. I've been hearing AND seeing too many good things from this baby at SMA.com. Prices are very decent right now and I'm hoping to snag a steal! The good news is that the Analog/Digital converter (to allow video assist on the computer) is considerably cheap on a PC. Actually, I may even be able to use my Mini DV camcorder as the converter. If not the cable will cost me an extra 40 dollars... I can handle that. Then I'll need a remote control button and (if I don't go for the wireless eye fi card) I'll be set! Basically switching the Nikon D70 body for a complete Lumix FZ50 package. Not too shabby.

Before letting the D70 go I did manage to get a decent test I was happy enough with to continue using the Green Screen. That means I'll be leaning towards CG effects as well. I'm not great at it but I'll do what I can and hope to learn as I go. I was also able to get a decent dolly test done too, glad that worked out well hehe.

And the last note. I'm owed a big chunk of change at the moment. Since the FZ50 will allow me to not shoot blind anymore, if the money comes in I think I'll splurge on Dragon Stop Motion as well. I hope it comes in, hah! I think the video assist will really step up my game and process. Looking really forward to holding this camera in my hands. Everything else has arrived and I got no more excuses, once this camera is here, to just DO THE DAMN THING!

Have a good day / night everyone.
Posted by tonychauzer at 10:12 PM 5 comments: 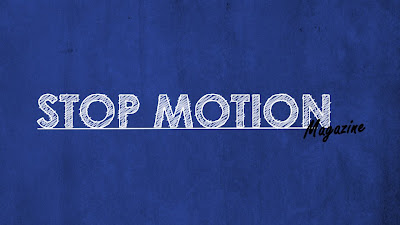 John Ikuma, Chief and Editor of Stop Motion Magazine, announced to everyone he could that he would be issuing a FREE magazine two months ago from his website: http://www.stopmotionmagazine.com/

Tomorrow he launches his next issue (it's a bi-monthly deal) and I'm pretty excited. I'm a behind-the-scenes junkie and this magazine is the ultimate treat. I really admire John for doing what he's doing... for the love of the art. If it continues to flourish with each issue, he's got a lot coming his way. I wish him a lot of success with this and hope he becomes madly rich. Can't wait to download it! (Remember folks it's free - Spread the word!)

On the animation front... after doing so many tests with the green screen I have concluded that I hate it. All the realism of stop motion - dealing with real objects, real sets, real interaction... it's all gone! So today after my last test, I decided that even if I couldn't edit out all the rigs and get perfect non-flicker / lighting, etc. I could just do it the old fashioned way... nudging the camera and using whatever I can to do in-camera effects. I'll do a small 10 second intro test with Chun Li that I've already planned on the green screen, but if I'm not satisfied with the result I'm going to abandon it. I believe tomorrow (if not then monday), the last of my supplies will arrive and I can set up the shot. Time to break out the dolly and play around with that :)
Posted by tonychauzer at 10:29 PM 2 comments:

Out of the Ebay hole.

First to Justin: The test I had planned (after doing a few movement tests) was for Leia to jump off of a high ledge in the distance, whip down to the floor as she lands hard - right in front of the camera, pulls her electrostaff from the distance using the force, figure 8s with the staff walking towards the cam and ends with a revolution above and behind with the staff into a pose.

Over the past few days I've been playing around with Leia's movements and ultimately have decided that it just won't work to my needs. I did manage to get better movement from me as an animator though which I'm really thrilled about, but the doll's limitations are pretty clear to me now and I'm not trying to give myself anymore excuses to pursue it further. So, I'm going to keep it around for replacement parts and I'm sure the clothing and accessories will come in handy down the line.

Quick update on the green screen. It's actually pretty good now, I got the lights diffused (high five Yaz!) and the screen lights up evenly, the harsh shadows are gone, and everything is looking pretty dandy. Sample shot: 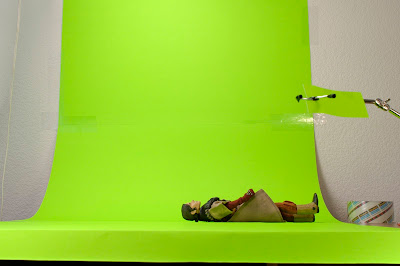 Since I could no longer use Leia, the first replacement idea was Spiderman (comic version). He's well known and the acrobatics required in his animation would be extremely fun and challenging to do. Here was the version I was looking at:

So clean! The comic version takes after the design shown in the game so it would work well with the Chun Li doll. It comes with all the replacement hands that one would need to animate with as well which was very nice to hear. Comes with web accessories shown and a replacement head (Peter Parker human head).

Now the problems. This was produced about 5 years ago and only 1000 were made. It's now pretty rare and some stores are now pricing it almost double what it was worth when it came out naturally. Add shipping and it would easily go over 200 dollars... for a Toy -.- On top of that there are many many many complaints with THIS PARTICULAR toy because the body inside (or plastic armature) is made of this red plastic that I guess is very prone to breaking. So 4-5 years time sitting in a box + easily breakable plastic armature is not a very good sign. Many have had their toy come into their hands broken before they even got to take it out of the case it comes in. Never-the-less, I loved the look of it so much and had planned out shots already that I went after one on ebay. The only one I could find was a used (displayed) one that would come with no box / no shell and it sold for 110 (thats with shipping) and I just wasn't willing to do that. So, more disappointment.

I made a list of potential characters and I gotta say... when I saw this one my knees went a little weak: 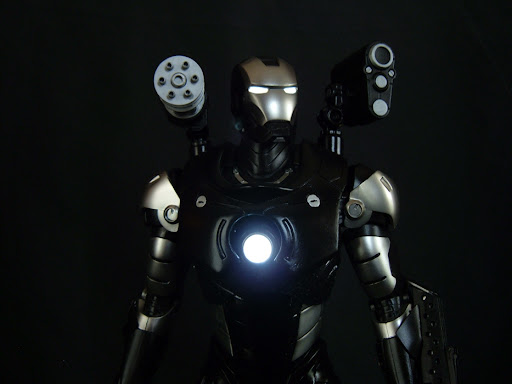 ... then it sold for 300 haha. The people who work on toys are true artists I have to say. So good at what they do, really. But I finally decided on one that came at a great price (it was discounted AND on sale AT the SAME TIME!) I recently came into a bit of money so I went for it. 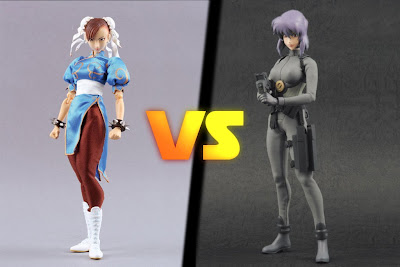 That's Motoko Kusanagi from Ghost in the Shell. She won't be as well known to the audience but I think the anime look will meld well with Chun Li's design. I've done some research on the toy itself and she definitely has a good range of motion. 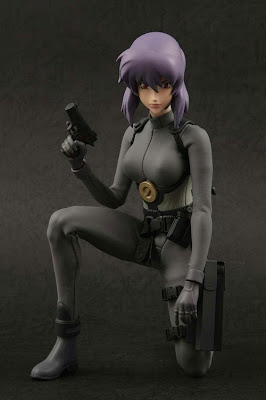 It's sad but just the fact that she can kneel down makes me happy! Leia could only bend half way over before the whole body came with it... very very frustrating. She can do high kicks and comes with assorted weapons / hands. The one problem I have is the package doesn't come with actual closed fists. There's one hand that resembles a fist close enough so I think I can make do. In the mean time I'm waiting for these flexible stands I'll be using as mini rigs to animate with to come in the mail (2-3 days) and then I'll start testing the toys. I'm glad the whole toy-hunt is over. It was kind of eating at me staring at ebay auctions all day. Time to watch some Ghost in the Shell clips / movies to study her movement, quirks, and "special techniques". 'Till next time!
Posted by tonychauzer at 7:08 PM 3 comments: